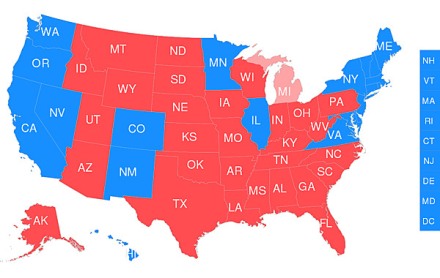 “After winning the presidency but losing the popular vote, President-elect Trump must try to bring Americans together — not continue to fan the flames of division and bigotry,” House Democratic leader Nancy Pelosi said. She called Bannon’s appointment “an alarming signal” that Trump “remains committed to the hateful and divisive vision that defined his campaign.”

For Trump to retain his base, Trump must remain committed to the hateful and divisive vision that defined his campaign. That vision represents his base and to ignore or lose that base would be like pulling the foundation out from underneath a house. The result would be a collapse of those things and ideals that Trump has, so far, built his legacy on.

In other words, to remain Trump, the base needs to remain in some shape and form. Other than hanging a white sheet on the door to the oval office and owning that vision, most likely Bannon represents the less worst choice Trump needed to make, to remain Trump, and to preserve his legacy.

Source: Amid signs of transition trouble, Trump huddles with Pence