The gunman who killed more than 50 people when he opened fire on a music festival in Las Vegas earlier this month “was a demented, sick individual” whose “wires were crossed pretty badly in his brain,” President Donald Trump said Monday afternoon.

Are you saying he was a looser?

And, if he was, does this reflect badly on you, personally?

Source: Trump on Las Vegas shooter: ‘The wires were crossed pretty badly in his brain’ – POLITICO

“I watched the other day,” said the TV-addicted President, “and she was saying such nice things about all of the people who have worked so hard. Jenniffer, do you think you can say a little bit of what you said about us today?” He quickly added, “It’s not about me,” but of course it was.

I am not so sure. It seems like it was a lot about an extrovert Trump and an introvert Puerto Rico.

The mass shooting seems to have a lot to do with the posture of Trump’s presidency, i.e  the direction it was going. Puerto Rico’s storm seems to be all about their position on earth. Or maybe I got that backwards.

Trump just doesn’t know he is losing his position at the center of the storm.

Let’s hope that Puerto Rico’s posture is a winning one, as, from their position, they posture against the next storm.

Apparently the car industry is stuck  somewhere in the 1990’s or earlier, when it comes to knowing and understanding the events happening inside your car and to your car’s electrical system, at any particular time or place.

So, if your new 2016 Honda Pilot is sitting in your driveway for the night and someone knocks on your door to tell you that all the windows in your car are down (first rain storm of the season), the back hatch is up and the sunroof is open; today’s technology won’t help to tell you why.

According to the service manager I talked with at Griffith Motors here in The Dalles, Oregon, there is no service code, for the computer to blink out, that will tells us why this event happened.

I mean, maybe she didn’t use the term “blink out”, but that was the image I got, of the system they still use. The system I am thinking of is a system where the technician plugs in a meter with a light and the car’s computer blinks out a code. The technician then counts the number of blinks and looks the count up in a book as to its meaning.

So basically, in the car industry’s environment, it’s the dark ages when it comes to an owner or a car technician knowing what the car is doing, but when the car senses that the driver is letting the car drift off the road it shakes the steering wheel, tries to correct the action and displays a warning message.

Strategically, Honda Motors uses something similar to semaphore  and Morse code technology in its understanding of the workings of vehicle, but advertises and delivers a high tech system on the driver side of the equation. It’s a strategy that is built on Google (as in Googling), insurance companies, lawyers and a network system that works and is secured enough to make everyone money.

It seems to be a strategy of low expectation, except when it comes to the observation of the car’s sensors, the orientation of its code writers, and the environment of the internet. It’s a strategy that puts decision and action first, observation and orientation last.

Somehow I don’t think this “Blackswan” is going to end well. So far it’s day 3 and nothing eventful has happened. But then, how is one to know?

Although Secretary of State Rex Tillerson said on Tuesday that the U.S. wants a dialogue with North Korea, not regime change, others struck a harsher note in their response. “There is a military option: to destroy North Korea’s nuclear program and North Korea itself,” Senator Lindsey Graham said. “If there’s going to be a war to stop [Kim Jong Un], it will be over there,” Graham added. “If thousands die, they’re going to die over there. They’re not going to die over here.”

The fact is: a nuclear war over there still kills thousands here. Not sure where you are coming from. Striking the West Coast would be just as bad.

Apparently, by his reactions to the USA, Kim Jong Un is willing to blow his own country the fuck up. Talk about the end of a dynasty! 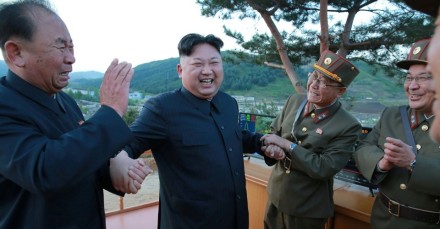 Source: What America Should Learn from North Korea’s Latest Missile Test – The Atlantic

While Donald Trump’s policy seems to be somewhat of a Monroe-Doctrine-be-damned approach in the MENA, with Russia taking on the role of contracting out our security in the Middle East, the same thing is going on in the Pacific.

Only in the Pacific, China is taking on that security contract.

Once McCain is gone, I am not sure if there is anyone left, on the Conservative Right, to take his place, as the upholder of US doctrine, at least within the GOP.

Maybe we should start looking for that place-holder within the Democrat party and at a place closer to home than Russia or China that Trump favors.

“The era of strategic patience with the North Korean regime has failed. Many years, and it’s failed. And, frankly, that patience is over,” Trump said during a joint appearance in the Rose Garden with South Korean President Moon Jae-in.

Patience as a strategy began after Douglas MacArthur’s strategy of using nuclear weapons against China went on the chopping block.  Later, an Armistice was signed by North and South Korea and that patience has continued until, apparently, now.

I guess the question (or real news) would be: are North and South Korea breaking their armistice, and, if so, which side will South Korea be on when the US starts dropping nukes, as MacArthur’s strategy takes hold.

Trump went nuclear on twitter. Perhaps we should see how well that turns out first?

“As I have stated many times, a thorough investigation will confirm what we already know – there was no collusion between my campaign and any foreign entity,” President Donald Trump said in a statement. “I look forward to this matter concluding quickly. In the meantime, I will never stop fighting for the people and the issues that matter most to the future of our country.”

There is always some satisfaction when the burden of proof relies on the other guy. With satisfaction come the possibility of feeling good about something.

This, the withdrawal of the burden of proof,  should be a big relief to POTUS Trump.

Maybe the US can get back on course, and the planet not blow-up, through this action. 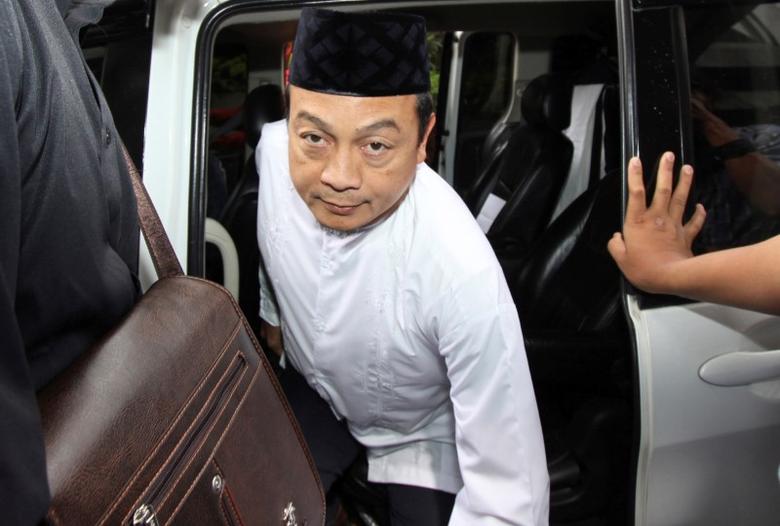 Well, so much for Obama’s Pacific Pivot. Obviously the GOP was right in ignoring it.

he’s still disappointed with his upcoming speaking engagement at a top investment firm on Wall Street.

Of course he is disappointed. They would never offer him that much. 🙂

Last November the state’s first reported case of local mosquito-borne Zika infection was in Brownsville, leading the federal Centers for Disease Control and Prevention (CDC) to designate the city, of about 185,000 people, a Zika “cautionary area” which pregnant women should consider avoiding.

As the way seem to be going: as abortion clinics shut down in the South, it is good to hear that much of the government still considers it a valued argument that those pregnant in certain situations should consider and avoid the event.

There were six cases of local transmission via mosquitoes reported in Brownsville in the final two months of 2016. This month the state health department issued a recommendation that all pregnant women in six border counties be tested in their first and second trimesters, as well as others exhibiting possible Zika symptoms.

It is also good, if true, that this administration and its followers stands by the recommendation to test.

May be considered a low bar in women affairs by many, but, then again, it is a start that by many was considered a higher bar, already won.